Dellupi Arte is pleased to announce the opening of its new season, with the exhibition CoBrA e origini, on view at gallery from September 24 to November 13. The show includes a selection of paintings by the leading exponents of the CoBrA movement, in dialogue with works by Enrico Baj and Pinot Gallizio. The project aims to focus on one of the most vibrant artistic periods in post-war Europe when, during the fifties and sixties, through the links between Asger Jorn, Karel Appel and the two Italian artists, the pictorial language promoted by the CoBrA members merged with informal Italian trends.
Common ideas and shared interests united Jorn and the two Italians. At Enrico Baj’s suggestion, Jorn moved in 1954 to Albissola, then an international centre for experimentation and creativity, where he organised an Incontro internazionale della ceramica [International Ceramics meeting], attended by, among others, the CoBrA artists Karel Appel and Guillaume Corneille. In Albissola, Jorn came into contact with Pinot Gallizio, with whom in Alba the following year he founded the Experimental Laboratory of the International Movement for an Imaginist Bauhaus, and in 1957, the Situationist International.
Shapes of people, human heads and animals recur, characteristically uniting the works in the exhibition. Anthropomorphism and transformation of the figure come to life in Enrico Baj’s work, with a fantastic, grotesque iconography, created through the materiality of the painted surface – as in Petit Enfant, 1957 – or through emphasis on textures and mixed media, as in the extraordinary composition Femme au diapason of 1960. Here, fabrics, medals, pins and glass enliven figures which are at once intense and expressive.
There are also hints of figuration in Untitled, 1955, by Jorn and in the museum painting La nurse, 1950, by Karel Appel, in which blocks of colour and bold outlines enhance the tactile, expressive brushwork.
The idea of “free” painting, shared by Jorn also, was at the basis of the aesthetic of Pinot Gallizio, inventor of multiple expressive languages, keeping a constant balance between the figurative and the abstract. The monumental L’albero della vita from 1960-1961, one of the central works in the show, together with other pieces by the same artist, is an example of an unbelievably vigorous style of painting, in which apparently geometric shapes are assembled in brand-new ways to form pacy and highly expressive compositions.
CoBrA e origini is intended as a homage to a lively artistic period, but also as an exploration of an idea of painting which finds, in Pinot Gallizio especially, an undisputed protagonist in the historical and cultural landscape of the period. Works by Corneille and Constant are also included in the exhibition. 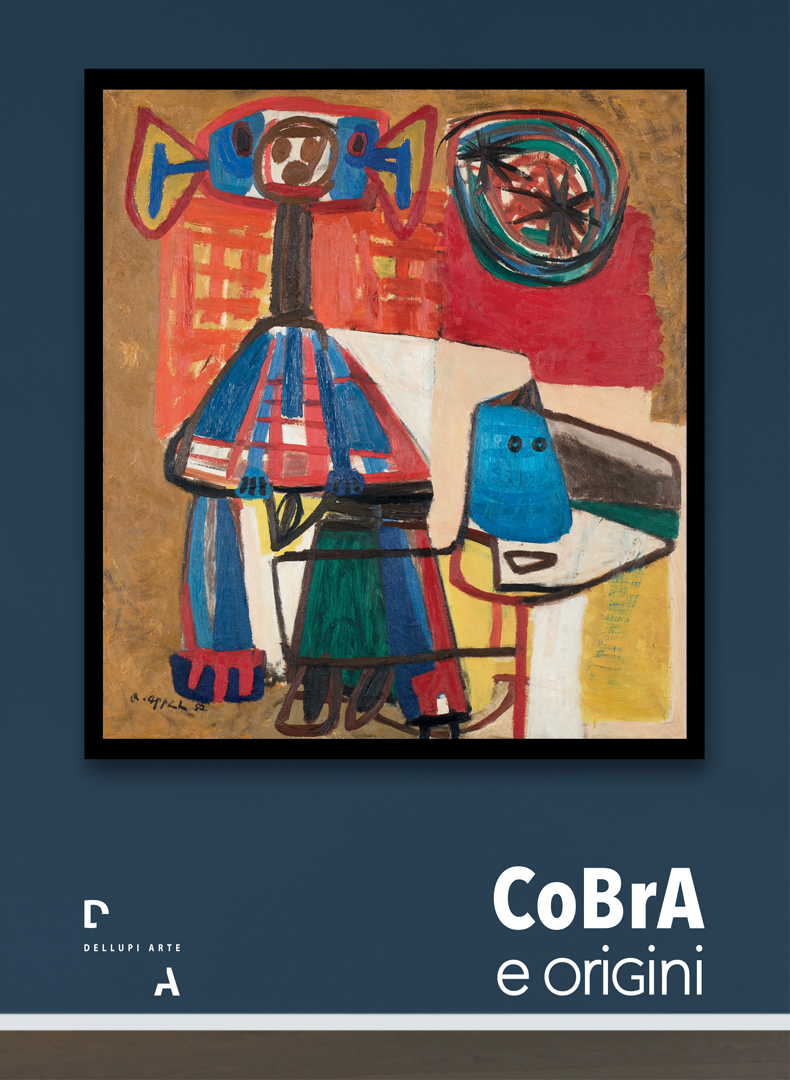 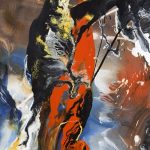 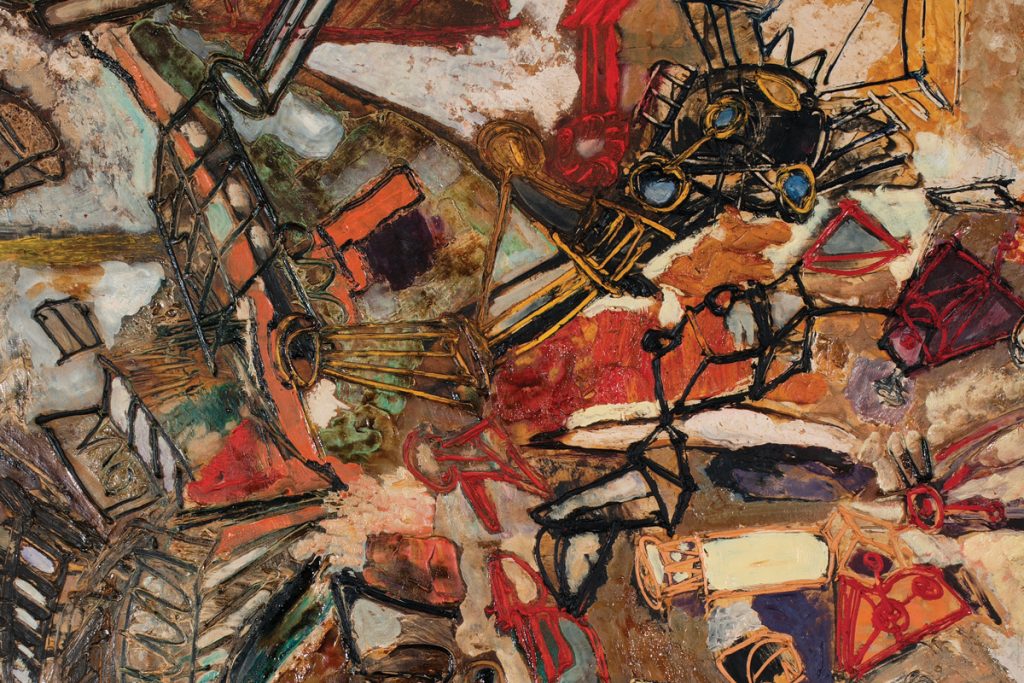