Dellupi Arte is pleased to inaugurate the exhibition season with the exhibition ‘Sguardi al Novecento’, visible in the gallery spaces from 28 September to 27 October.
After important exhibitions dedicated to abstract art and gestures as the engine of the creative process, ‘Sguardi al Novecento’ marks a return to figurative art and to some artists who played a key role in Italian art of the twentieth century.
Influenced by the climate of “return to order” that characterizes the period between the two wars, the artists of the twentieth century promote the conscious and reasoned recovery of classical art through figurative compositions characterized by magical realism.
Among the exhibited artists, the signatories of the “Manifesto murale”, Massimo Campigli, Carlo Carrà and Mario Sironi, the latter leader of the twentieth century movement together with Margherita Sarfatti.
The bold brushstrokes of Carlo Carrà’s marines are compared with the places with the metaphysical flavor of Giorgio De Chirico; Filippo de Pisis’ still lifes with vibrant colors dialogue with those of Gino Severini, impregnated by the ferment of renewal of the Parisian context.
On display, paintings by Felice Casorati and Mario Tozzi, who made the human figure, in particular female, their identifying figure; in comparison we will finally find Renato Guttuso, whose works are characterized by their evocative and symbolic function. 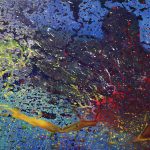 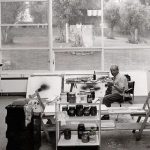