From May 11th until June 30th, 2018, Dellupi Arte gallery in Milan is delighted to present the exhibition Shōzō Shimamoto. Recent Works, a solo show dedicated to the Japanese Master and co-founder of the Gutai Artistic Movement, born in 1954 in the Kansai region of Japan. Considered to be among the most audacious and experimental interpreters of post-World War II, Shōzō Shimamoto’s research commences with the strong personality of fellow artist Jirō Yoshihara (1905-1972). Inspired by the works of Jackson Pollock and Georges Mathieu, in which we «perceive – as Yoshihara writes in the Gutai Manifesto of 1956 – the shrieks of the material but can feel the mutual need for vitality», the artistic movement promotes a new language that cuts with the traditional expressive criterions and represents an instinctive liberation of creativity, departing the traditional Japanese pictorial gestures and aiming at unrevealed and original expressive approaches.

The works of the artists in the group are stylistically very different, but bound together by a pronounced concern for the instantaneity and the procedural development rather than for the final outcome. Guided by Yoshihara but without a common poetics or a homogeneous style, the members of the group – each with different techniques and expressive results – create according to unrestrained imaginative associations, following their own drive and avoiding as much as possible the control of their creative impulse. Shimamoto is immediately encouraged to experiment with techniques and artistic languages that can break the codified patterns of traditional painting, placing himself on that thin line between creation and destruction. His apparently violent and aggressive actions, which have also become his peculiar pictorial technique, serve to trigger an explosive and uncontrollable process.

Following the advice of Master Yoshihara, Shimamoto is interested in how to convey his creative impetus instantaneously, transcending the brutal nature of his technique in favor of an impulsive, direct, almost cathartic expressive need. Following the death of Yoshihara and the dissolution of the Gutai group in the early Seventies, the improvisation that has characterized the whole of Shimamoto’s poetics is now combined with greater theatricalization: the vehemence of the casting of color is accomplished in movements that are more choreographic, the action is enriched with rituals shared with the audience. Elements such as music, the scenic setting, the partic. 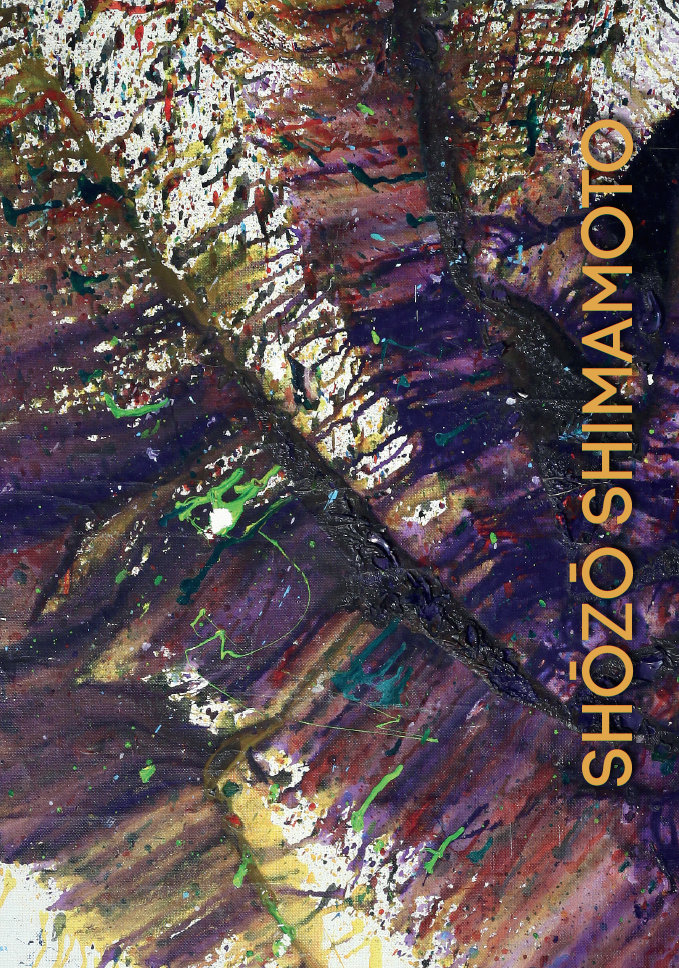 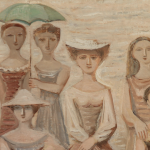 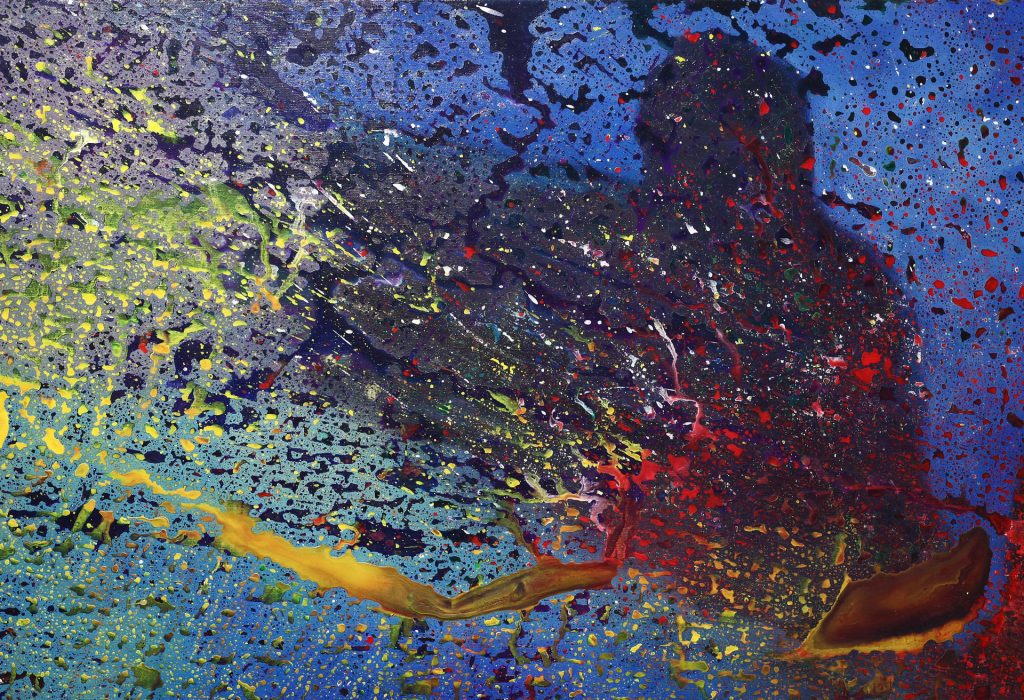