Dellupi Arte completes the artistic path of the exhibition year dedicating a solo show to the father of lyrical abstraction: Georges Mathieu.
The stage of the exhibition is the symbolic structure of the new Milanese center for contemporary art, Citylife, designed by Daniel Libeskind. The purpose is to present a thoughtful selection of masterpieces representing the evolution and the creative journey of the artist.

This is the second exhibition the gallery dedicates to Mathieu. The intention is a tribute to the precursor of lyrical abstraction, the artist who earned an uncommon position in the post-war art scene at the early age of twenty-six. Stemming from a reflection on aesthetics he decided to “enter the field of the non-figurative: not through form but by intellectual means”, thus introducing in a striking and conscious way the revolutionary idea that painting can be emotional expression.
The exhibition proposes itself as a contained but comprehensive anthology composed of a series of works, starting from the oil on canvas “Upside Down” of 1952. It unfolds work after work to showcase the grandiose evolution of the artist until the second half of the eighties . Through the exhibited works the objective is to retrace the greatness of the man who created a new language, one in which the sign becomes the master and the instrument, through which he aspires to comprehend the world and contextually disclose himself to it.

The theoretical innovation introduced by Mathieu is contextually accompanied by a profound technical novelty, given by the free approach on the canvas made by splashes of colour directly squeezed from the tube, manifesting refusal of the classic pictorial process and its instruments. This appears clearly from some of the exhibited works, as the two vertical canvases of 1960, both 180×60 cm in size, “Défaite de Godefroy et de Sigefroy” and “Arnoul passe la Rhein avec toute les forces de Germanie”. It is the artist himself, in fact, who claims that he has banned all types of representation from his painting, choosing to express himself solely through style.

As in any true language, the sign and the gesture that creates it are not fixed and static entities: they vary in time and space, taking on new meanings, experiencing changes and evolutions, as appears from the subtle, but also profound differences in style and content between “Hexagramme”, dating back to 1967, and “L’ardeur Violente”, composed exactly twenty years later.

Georges Mathieu can be considered a visionary artist: he perceived before many others the direction towards which the art of painting of those years was moving. He was also a skilled communicator, promoting his thought at conferences and in writings, with the purpose to oppose the “primary geometrical abstraction” which he sees as the greatest impediment for art to achieve freedom. 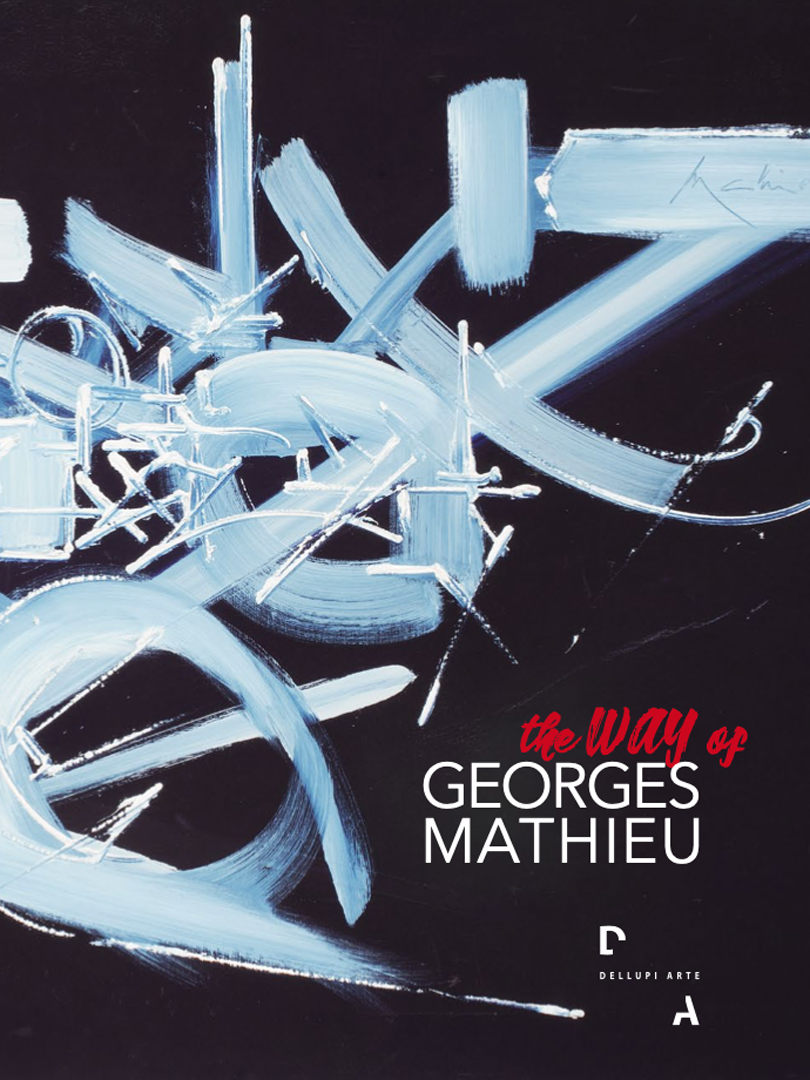 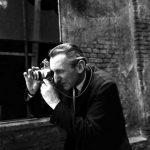 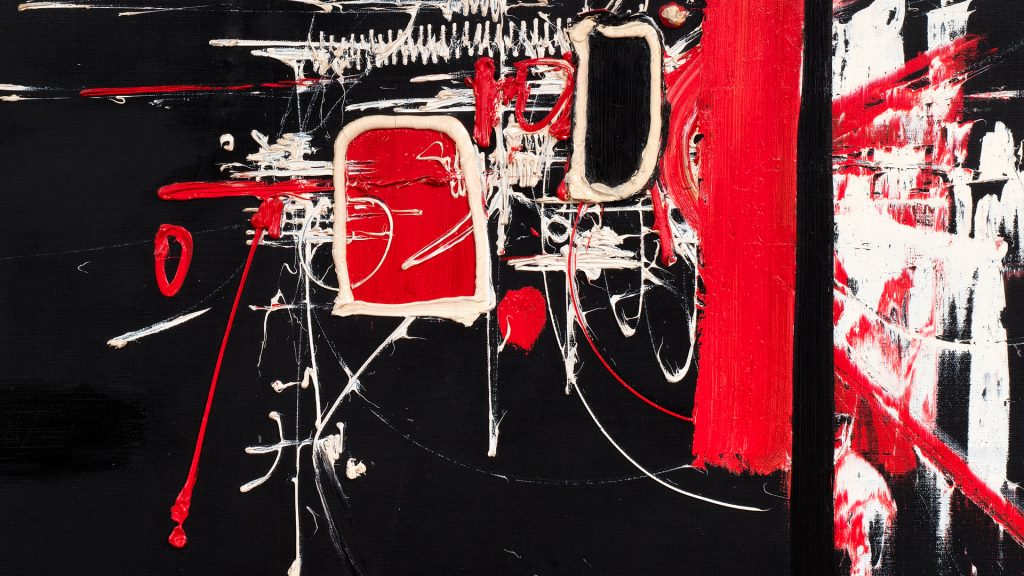